As beautiful as the chance meeting on a dissecting-table of a sewing machine and an umbrella.

People often say that inventions are born from error. One day, I re-exposed a roll of film that my assistant had already exposed and badly wound up. Images from a bullfight were superimposed on a group of young people in the countryside. Immediately, Lautreamont’s principle came to mind. It was reminiscent of the unusual meetings of surrealism in its purest tradition: automatic writing…
I abandoned the Polaroid for my old Minoltas and I conceived ensembles or sequences… But what was most important for me was the altarpiece by Grunewald in Colmar. The museum curator had asked me to do a work on this masterpiece of the history of painting. The character of Saint Anthony preyed upon by delirium and monsters that harass him in order to punish him for his lewd visions came back to me many years later. It is today the driving force of a series of iconoclastic double exposures which will lead me I know not where. 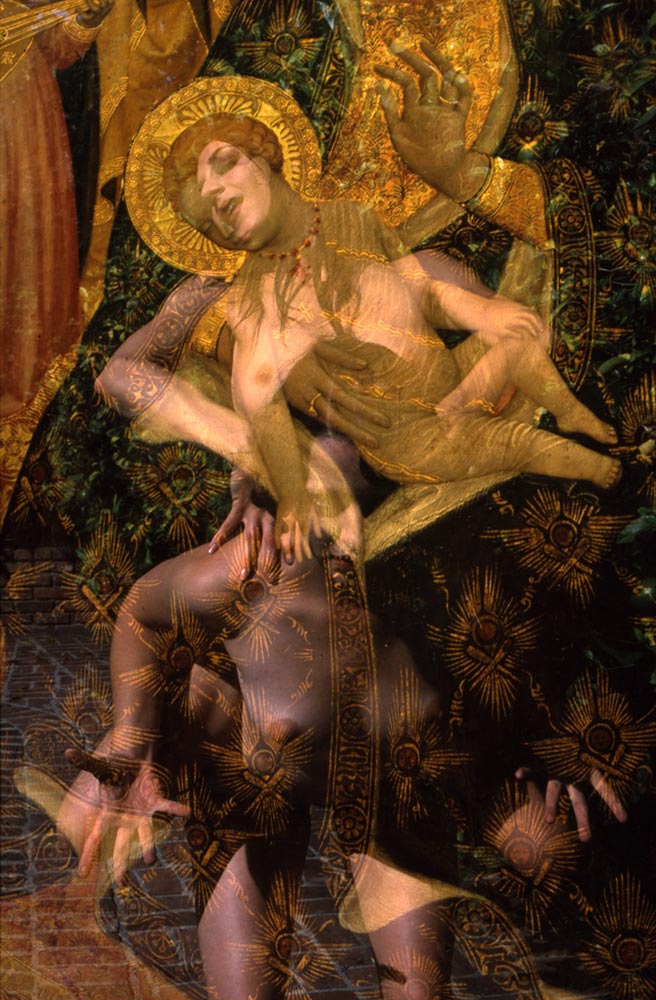 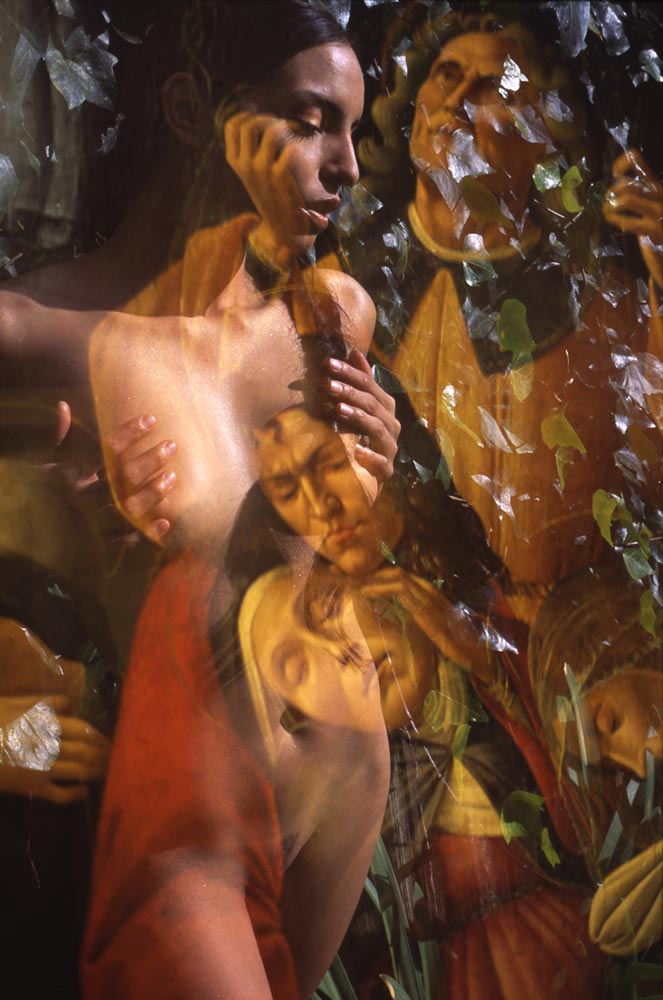 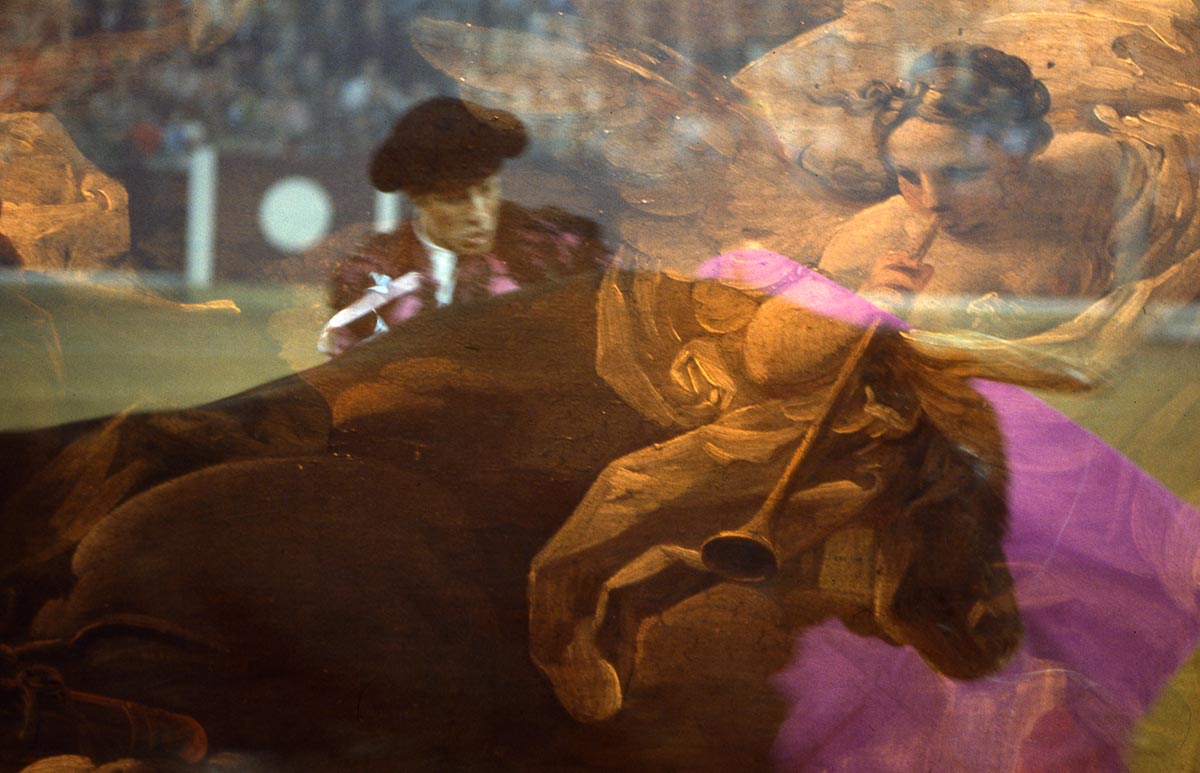 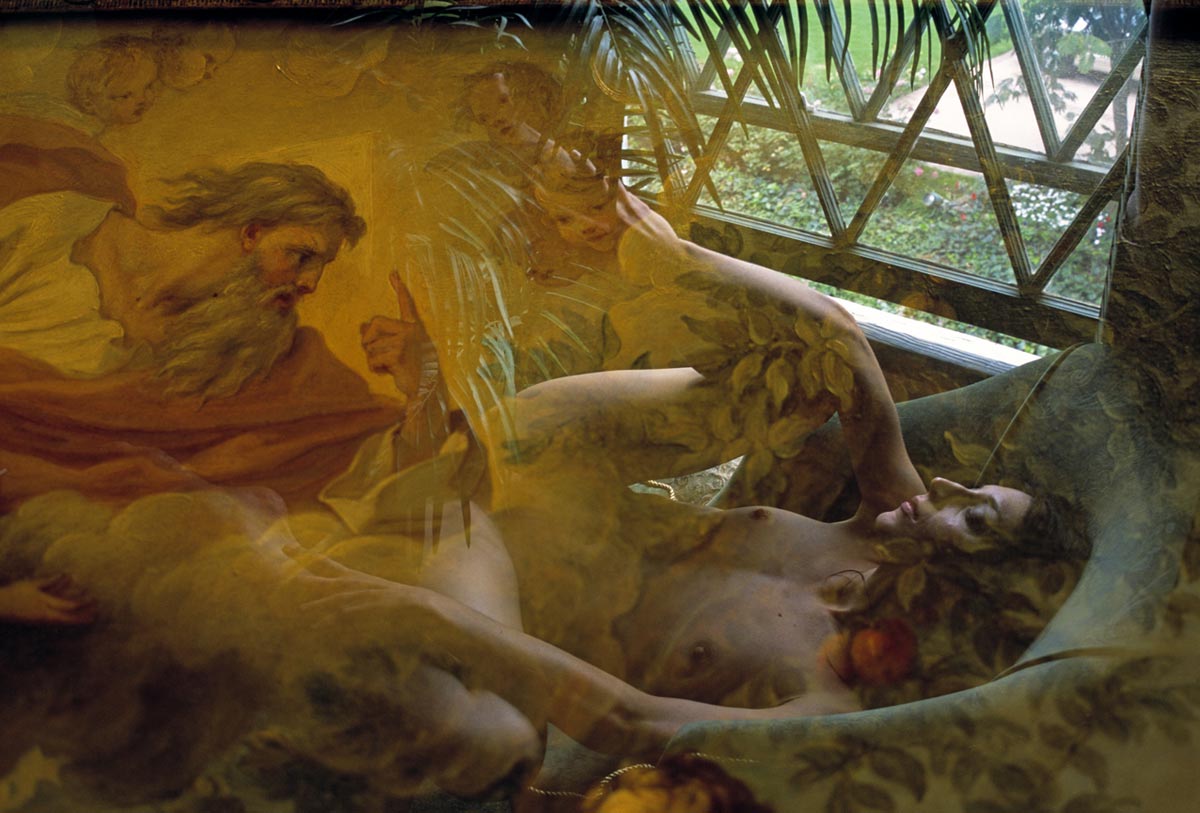 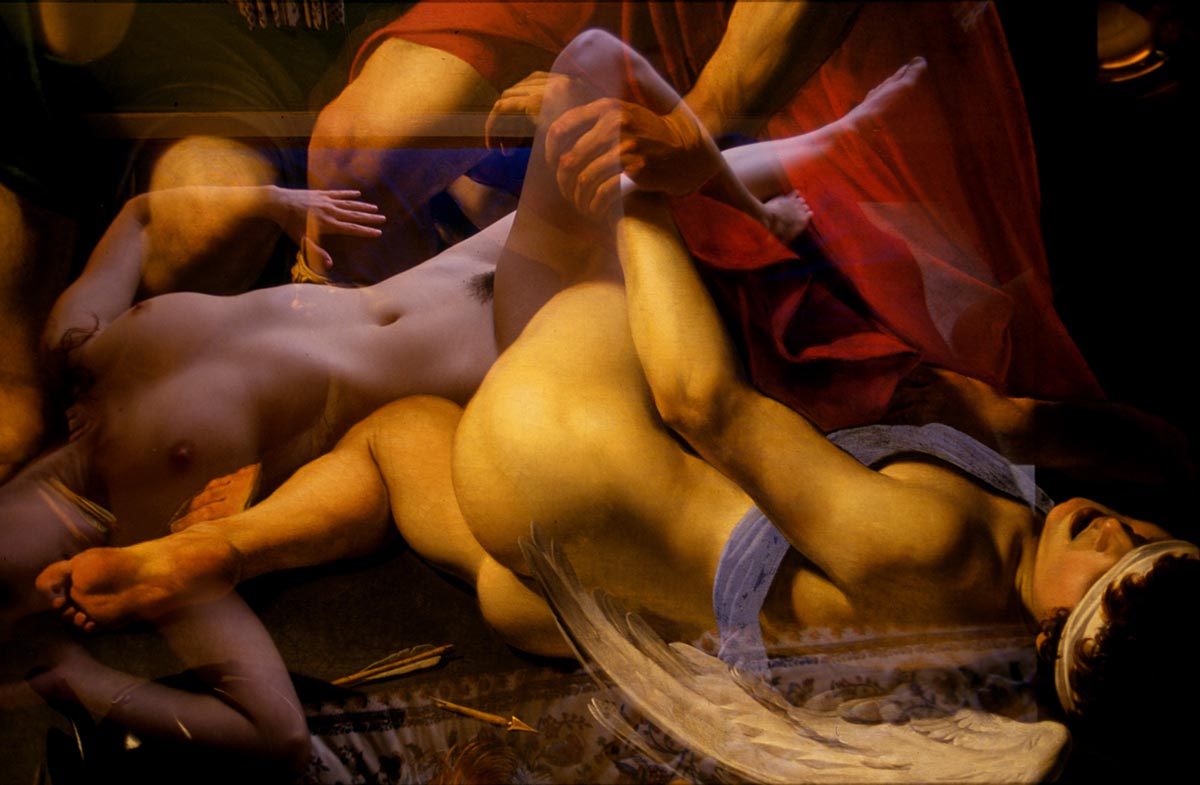 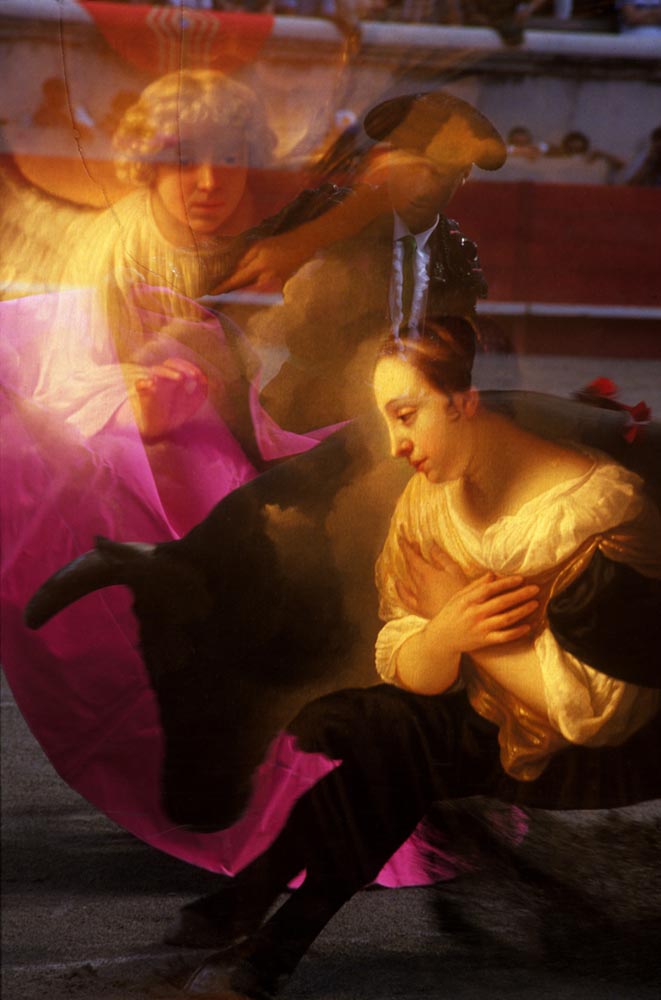 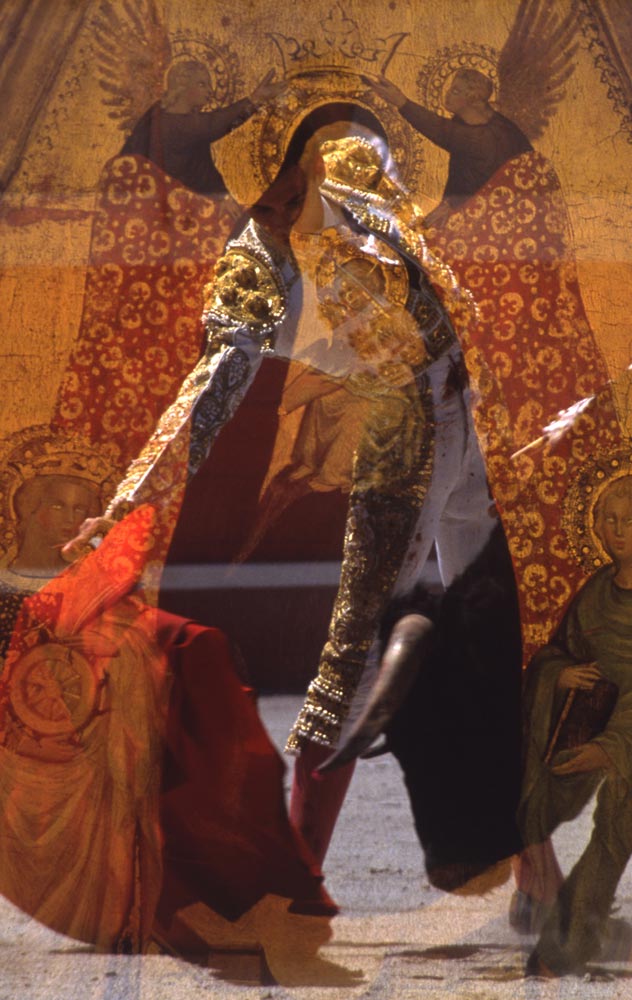 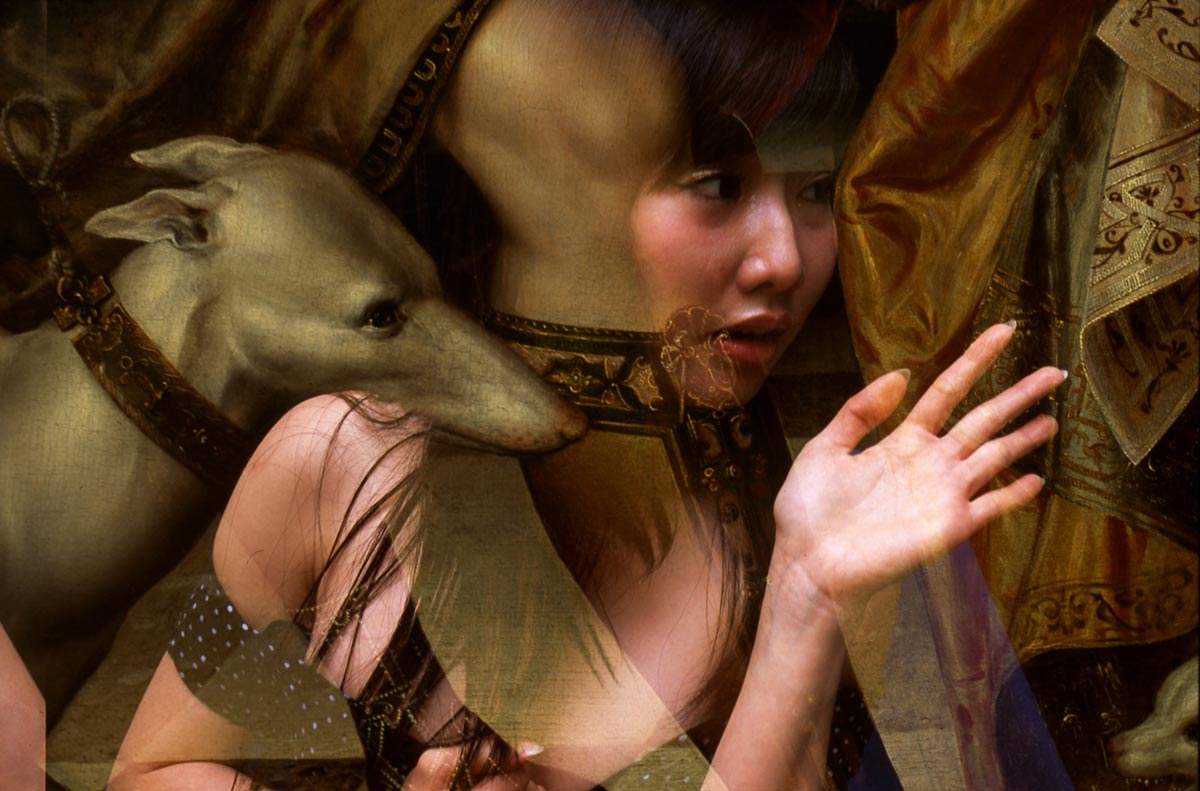 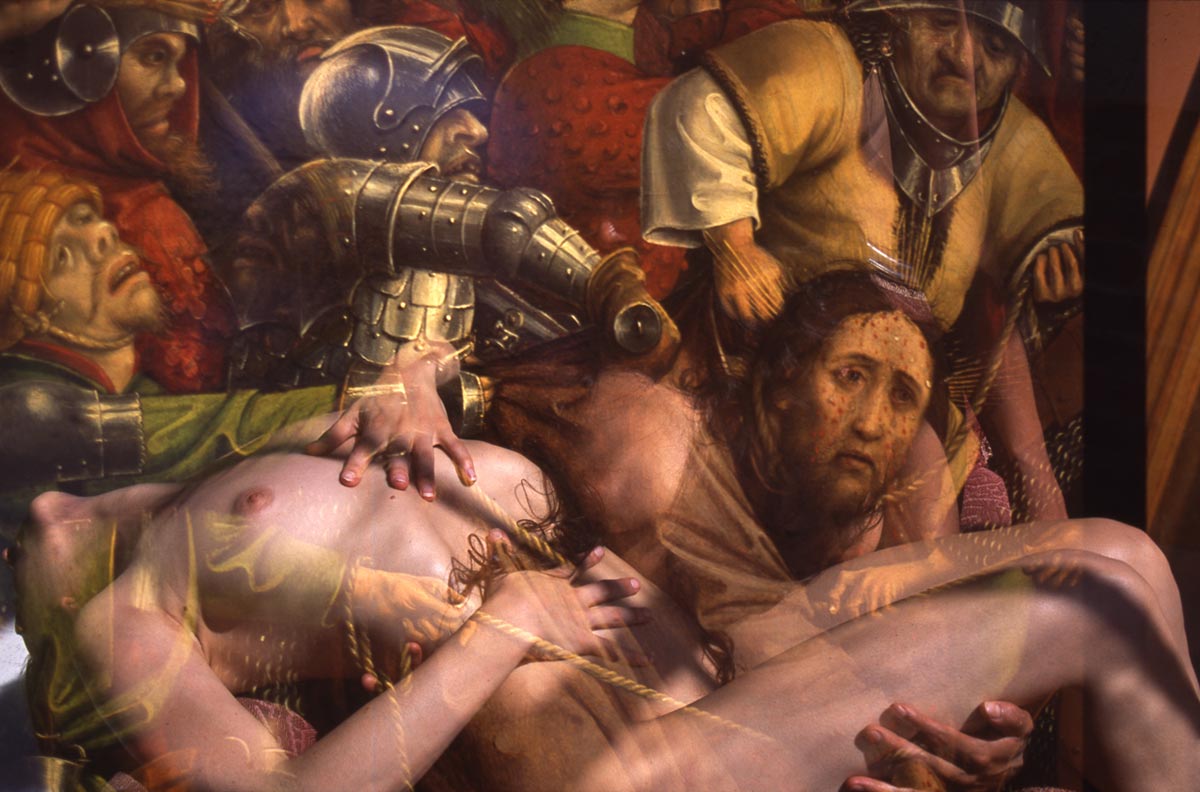 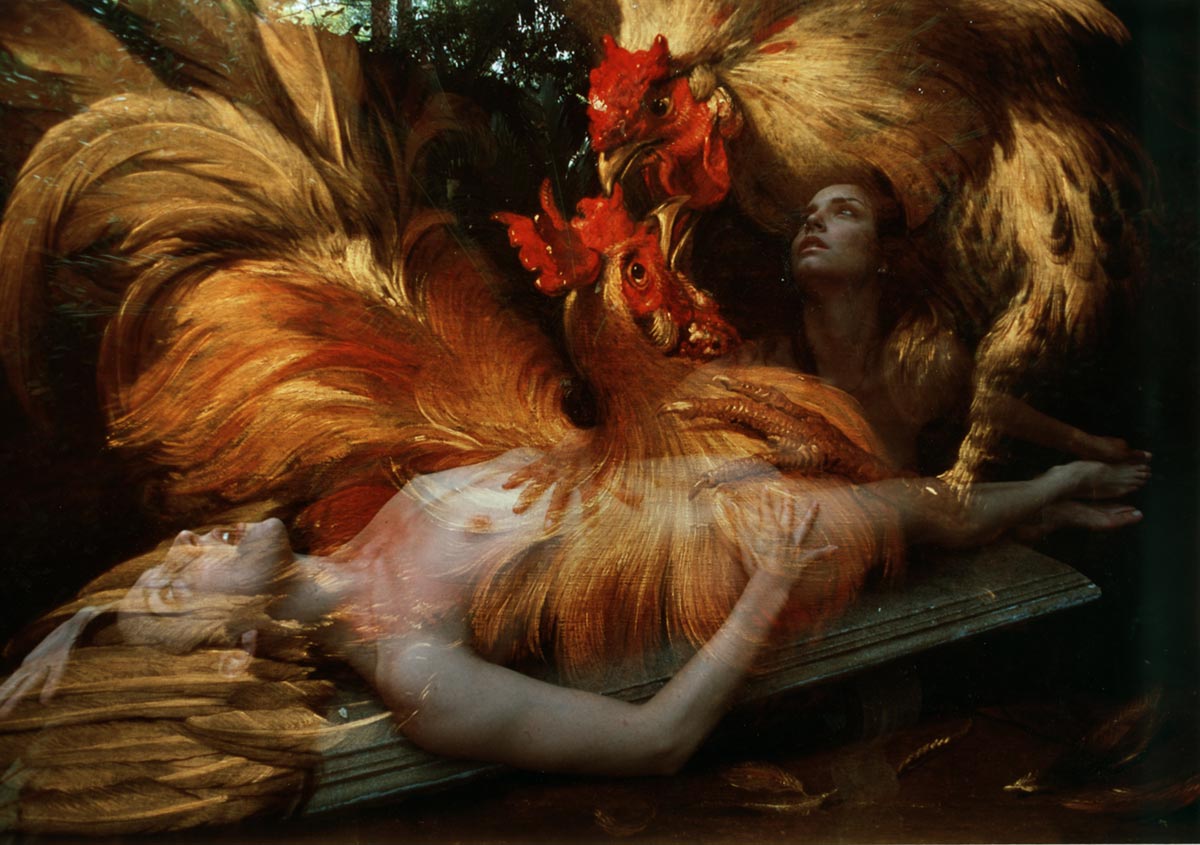